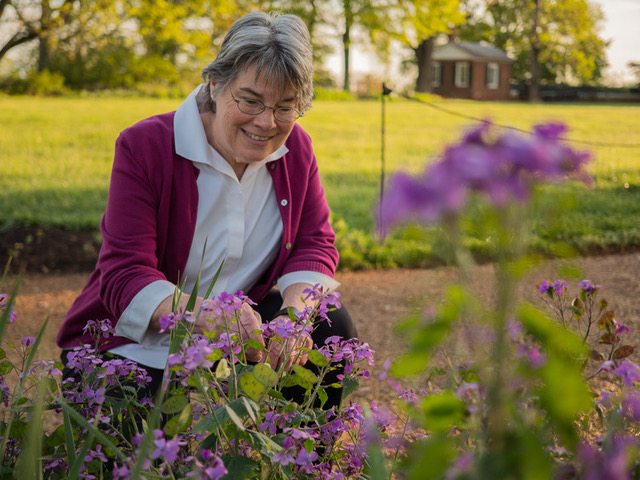 Peggy Cornett is the Curator of Plants at Thomas Jefferson’s Monticello, where she has worked for more than 38 years. She holds degrees from the University of North Carolina at Chapel Hill and the University of Delaware’s Longwood Graduate Program. Peggy worked in the restored gardens of Old Salem, North Carolina, Oak Alley Plantation, Vacherie, Louisiana, and served as director of the Thomas Jefferson Center for Historic Plants. Recently she was made an Honorary Member in the Garden Club of Virginia, an honor reserved for those whose service and qualifications are exemplary.

In this video interview, Peggy answers questions and speaks off the cuff about Monticello’s world-famous vegetable garden.

Randy Harelson, Vice President (Louisiana) Randy Harelson was born in Macon, GA to parents whose families both came from East Baton Rouge Parish, LA, for many generations. The family moved back to Louisiana when Randy was seven, but always called him their “Georgia peach.” Educated at LSU Lab School and Louisiana State University, Randy moved to Massachusetts in 1974 to teach art in an innovative “integrated arts in education” program in Attleboro Public Schools. A gardener since childhood, he worked at Hill-Roberts Elementary School to develop an “outdoor classroom” of trees, shrubs, and flowers while a full-time art teacher. He later served as a professional designer and assistant horticulturist at Blithewold Mansion, Gardens and Arboretum in Bristol, Rhode Island. Randy’s broad career has included writing and illustrating nine published books, and running a retail nursery in Seagrove Beach, Florida that won the S. J. Blakely Award in 2003. Back home in New Roads, Randy has planted a small arboretum of trees and shrubs both native and imported, documented in Louisiana by 1860. Randy first attended a SGHS annual meeting at Mount Vernon in 2010. The next year his home was included in the Sunday tours at the Baton Rouge meeting. Randy and his husband Richard Gibbs, an architect and gardener, have been members ever since, and Randy joined the board of directors in 2015. At home they care for two acres of gardens, a 500-year-old live oak, the 200-year-old LeJeune House, and a Siamese cat named Miss Priss.

Many of you may have noticed a little more activit

Another indication that autumn is upon us! 📷 @

A sure sign of the onset of autumn in the south!

INSPIRATION • Even the most accomplished garden